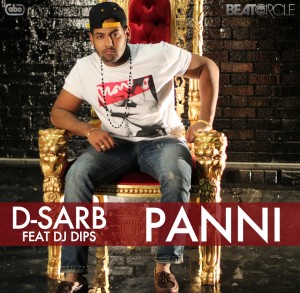 Beatcircle are extremely proud to  hype up our music loving public even more with D-Sarb’s next release. It is with the same DJ who has surpassed a million views on youtube, Dj Dips!

Last month, D-Sarb shot straight into the no.1 spot with ‘Charkey’, his first ever Official Asian Download numero uno. However, instead of stopping right there, he went straight back into the studio and nailed yet another massive track with DJ Dips, entitled ‘Panni’. A song reflecting the male swagger when contested by the girl of his dreams but….he must play it cool and let her know what he is about.

Beatcircle will have an official press release closer to the release date. There will be a UK RADIO TOUR mid December so please send us your show times and variable dates between Dec 13th – Dec 22nd. to: press@beatcircle.com